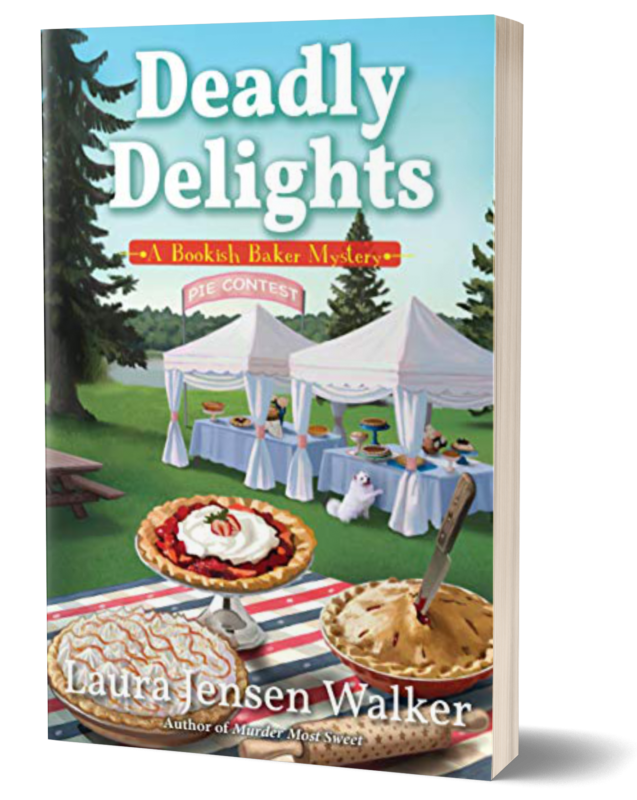 In Laura Jensen Walker's second Bookish Baker mystery, Teddie St. John enters a pie-baking contest. But her chances of winning plummet when she's suspected of killing one of the judges!

August in Lake Potawatomi, Wisconsin, always means one thing: the annual baking contest. Picture The Great British Baking Show, writ Midwestern. It’s a huge draw for the upper crust of Wisconsin pastry aficionados. And, of course, bon vivant baker-turned-mystery writer Teddie St. John has a pie in the ring. The white vinyl baking tent boasts an array of folding tables housing each entrant’s daily baked good. And at one of those tables sits the corpse of the head judge, his face half-buried in a delectable coconut cream pie.

The body in question belonged to notorious Les Morris. Les may have been getting on in years, but he hadn’t outgrown his well-earned reputation for lechery. Now, Les is no more. But unfortunately, by his side lies Teddie’s distinctive embossed rolling pin…covered with blood.

It’s out of the baking pan, into the oven. A life sentence behind a lattice of prison bars and a tangle of rhu-barbed wire will never do, and Teddie’s quick wit and bohemian charm won’t save her from the long spatula of the law. So, with the help of her friends, she’ll concoct a recipe to clear her name–if the real killer doesn’t ice her first. 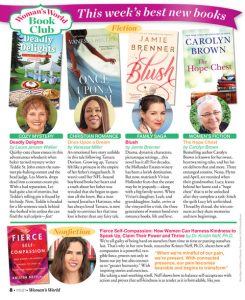 Featured as one of “This Week’s Best New Books” in Woman’s World Magazine for the week of July 5, 2021!

Laura Jensen Walker has loved words ever since she read 103 books in Miss Vopelensky's first-grade class. That's when she first dreamed of becoming a writer. Her dream came true many years later when her first book was published at the age of forty.

Now after more than a decade away from publishing she's thrilled to be back and writing again!

She's delighted that at long last, her memoir, Good Girl, the book of her soul, releases in June 2022. This is the best, most transparent, and vulnerable book she has ever written. Laura also released a trio of fun cozy mysteries during the pandemic: Murder Most Sweet (A Bookish Baker Mystery) which she's delighted to say was nominated for an Agatha Award, Hope, Faith, & a Corpse (A Faith Chapel Mystery)  and Deadly Delights, her second Bookish Baker Mystery. She's currently working on some historical fiction.

Laura lives in Northern California with her Renaissance-man husband and their canine daughter Mellie.

Other Books in "A Bookish Baker Mystery" 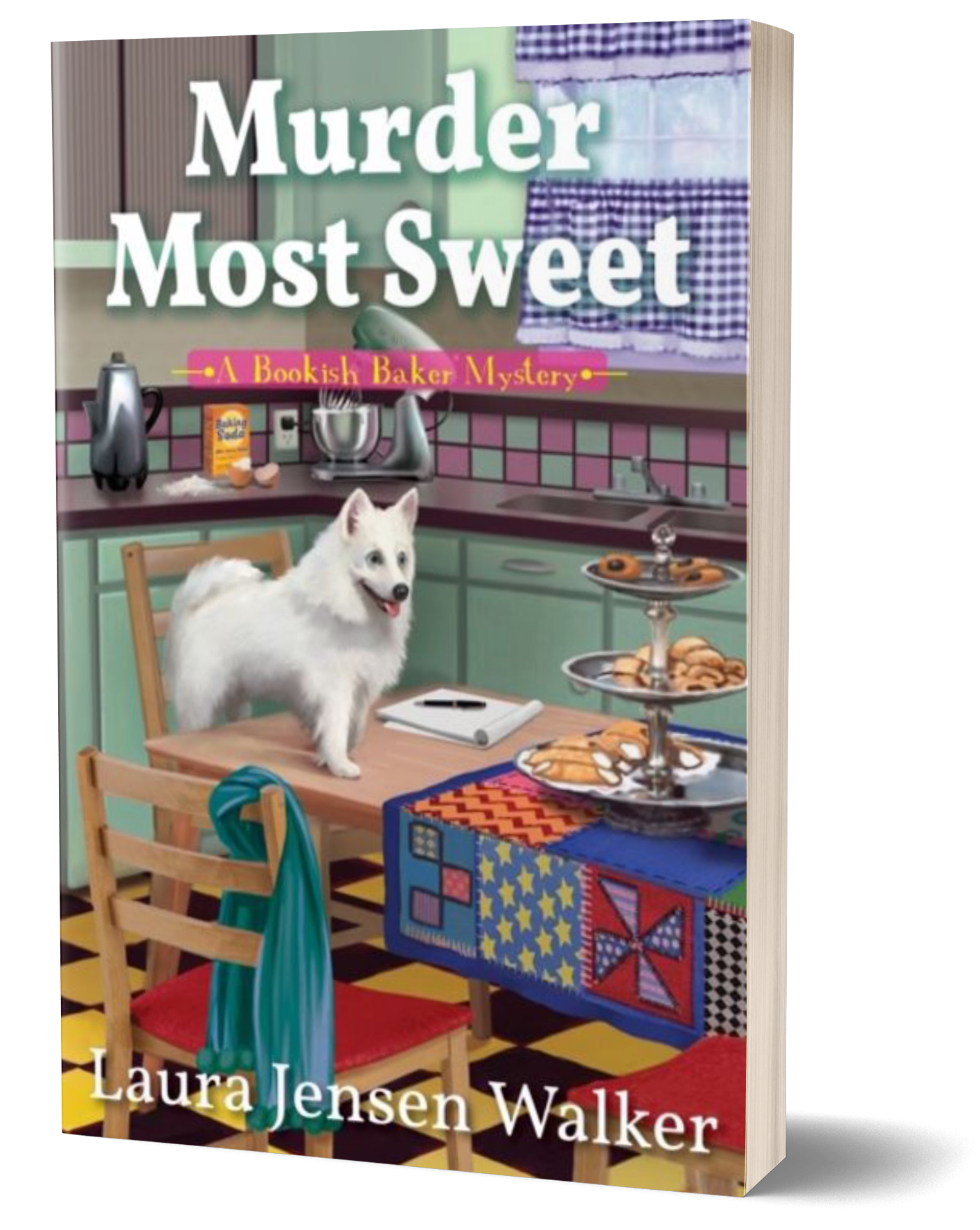 Murder Most Sweet
Preview
Disclosure of Material Connection: Some of the links in the page above are "affiliate links." This means if you click on the link and purchase the item, I will receive an affiliate commission. I am disclosing this in accordance with the Federal Trade Commission's 16 CFR, Part 255: "Guides Concerning the Use of Endorsements and Testimonials in Advertising."